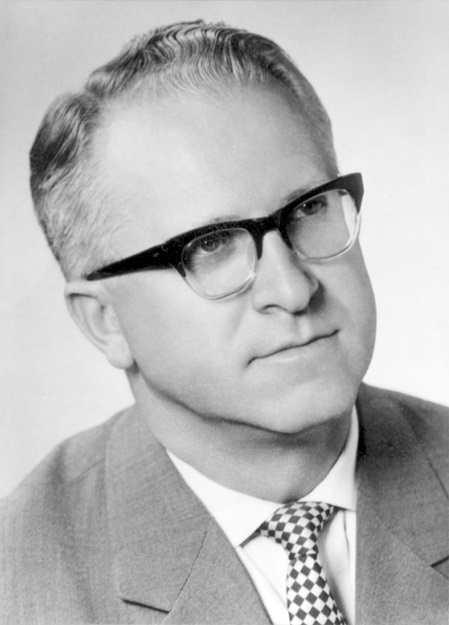 System formwork was almost unknown before the start of the 1950s. Instead, concrete was cast in forms that were individually made for each project out of square-edged timber and boards. As these forms could usually be used only once, this approach was very time consuming and costly.

Against this background, Georg Meyer-Keller became a pioneer in his field and developed a formwork system patented in 1952 that could be used universally and above all multiple times. He made constructing with concrete not only much simpler but also quicker and appreciably cheaper. No wonder the new formwork system found success on the market so quickly. 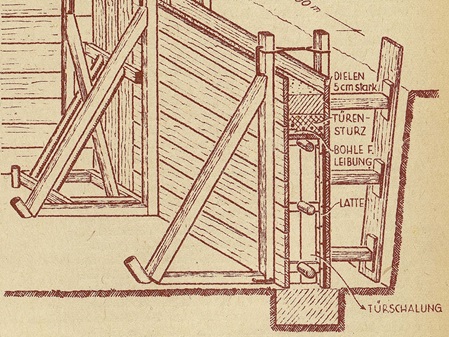 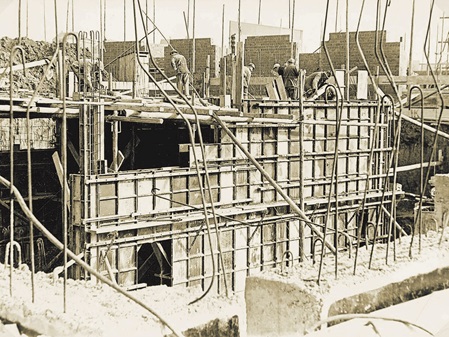 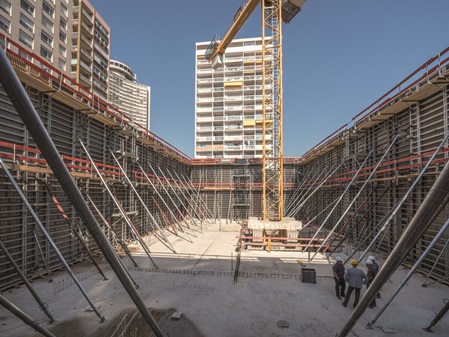 An example of modern formwork technology: NOEtop frame formwork with integral bracing. Here being used for the construction of the Conservatoire de Musique, Mulhouse, France

Sales of the new formwork system are initially handled by the construction plant dealer Jakob NOE in Ludwigsburg.

His NOE universal steel formwork makes its first appearance at the bauma trade fair in Munich.

The range of products now includes formwork for civil engineering; circular and tapering shaft formwork for the first time.

NOE Austria is founded, and becomes the springboard for developing markets in the then Eastern Bloc countries.

NOE is registered as a trademark.

Founder Georg Meyer-Keller dies on 25 May 1970.
The businesses are taken over by his son Dr. Ing. Dieter Meyer-Keller and Dipl. Kfm. Arnulf Blessing.

NOEplast is introduced to the product range and enables new forms of architectural concrete.

The majority shareholder Hannelore Junker takes over management of the company. Arnulf Blessing steps down from the Management Board.

Successful entry into the Middle East market: An office complex for various ministries is completed in Kuwait using formwork from NOE-Schaltechnik.

The formwork market takes a completely new turn – it becomes a rental market.

NOE develops an extremely flexible and adjustable support bracket for forming single-sided walls with heights up to 5.75 m.

NOE expands its services to include servicing and repair of formwork. Wall and deck panels are cleaned, damaged elements repaired and reworked.

On a 2.5 hectare site, the new central rental warehouse with a large open-air storage area and four assembly shops are brought into operation.

Adoption of a quality management system in accordance with DIN ISO 9000/9001.

Generational change I: Stefan Blessing, the son of the Managing Partner Hannelore Junker, joins the company and the Management Board.

Introduction of NOEtop. With integral bracing, the new system combines the advantages of frame formwork with those of beam formwork.

The NOE Alulock formwork lock is a double prize winner: it gains the iF Product Design Award 2007 and a silver in the Focus Sicherheit section at the International Design Award, Baden-Württemberg 2007.

Introduction of the NOEtec system, designed especially for engineering structures.

Dieter Meyer-Keller steps down from the Management Board.

NOE starts its own metal processing division for production and development in its metalworking shop.

The premises in Aarau become too small, in particular for the rental business. As a result, NOE Switzerland moves to new facilities 50 km away in Önsingen, a town with particularly good transport links.

Nimbus becomes the new majority shareholder and its representative Christian Basedow joins the Management Board.

This made it possible to break new ground and grow in the market that we had helped to develop over decades.

New social rooms for NOE employees are built in the rental warehouse and the wet cleaning facilities combined and modernised.

Bernd Fetzer joins the Management Board.